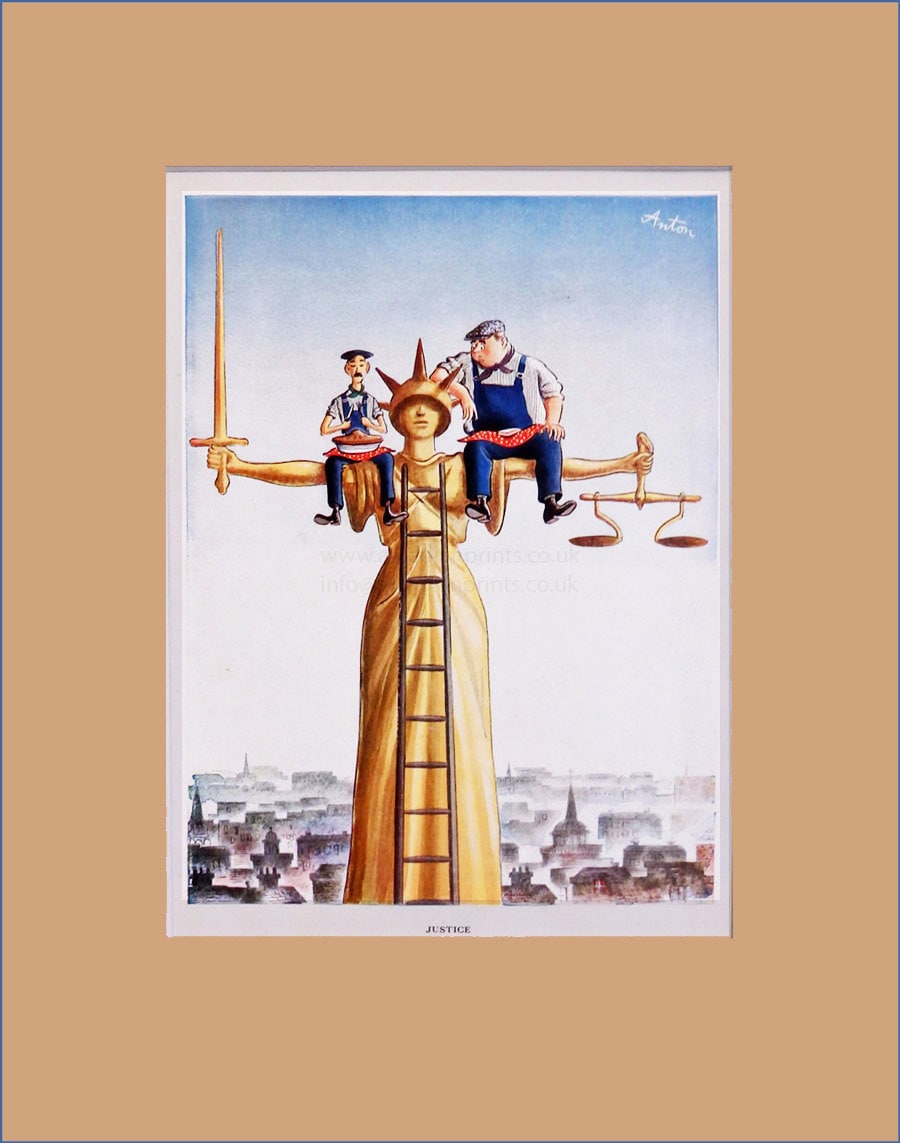 I thought Anton was just being fanciful when he produced this cartoon for Punch in 1939, but I later came across a picture showing workmen gilding the statue ready for the Coronation of George V's successor. (I have expressed it this way as I don't know whether it was for Edward VIII, who never was crowned, or his brother George VI - I just like to be historically accurate!) It's remarkably similar, so I wonder if Anton saw them at work.

Previous Post It was ever thus
Next Post As we're talking about petrol ...
0 items in your cart